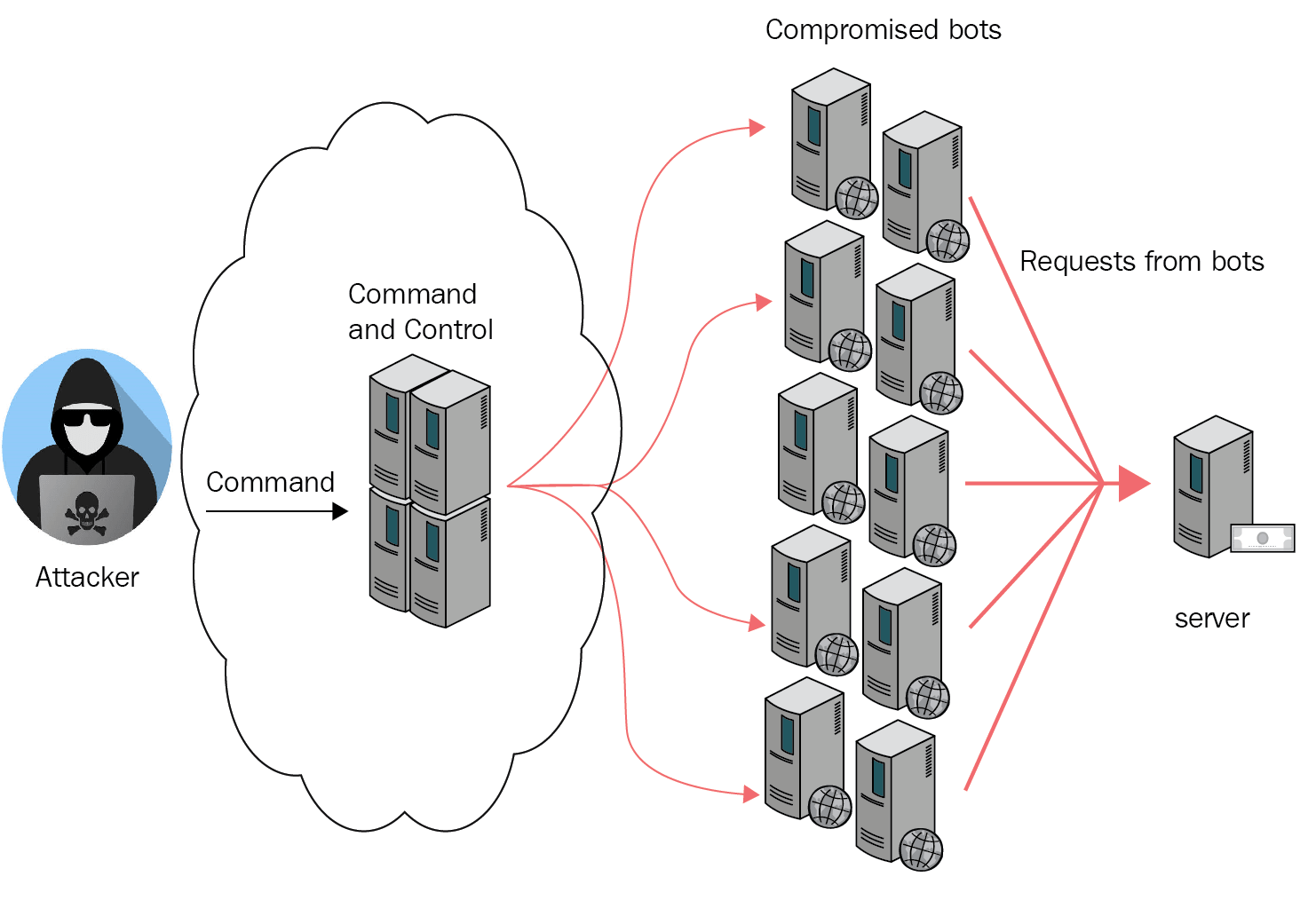 A DoS attack is an attempt to make a system or server unavailable for legitimate users and, finally, to take the service down.

Though DoS attacks do not typically result in the theft or loss of significant information or other assets, they can cost the victim a great deal of time and money to handle.

This is achieved by flooding the server’s request queue with fake requests. After this, server will not be able to handle the requests of legitimate users.

In general, there are two forms of the DoS attack. The first form is on that can crash a server. The second form of DoS attack only floods a service.

If incoming trafic orginates from diffrent machines then it is called DDos(Distributed Denial of service). Botnets (large network of compromised systems) are used for DDoS.

If you know more, feel free to express 😊