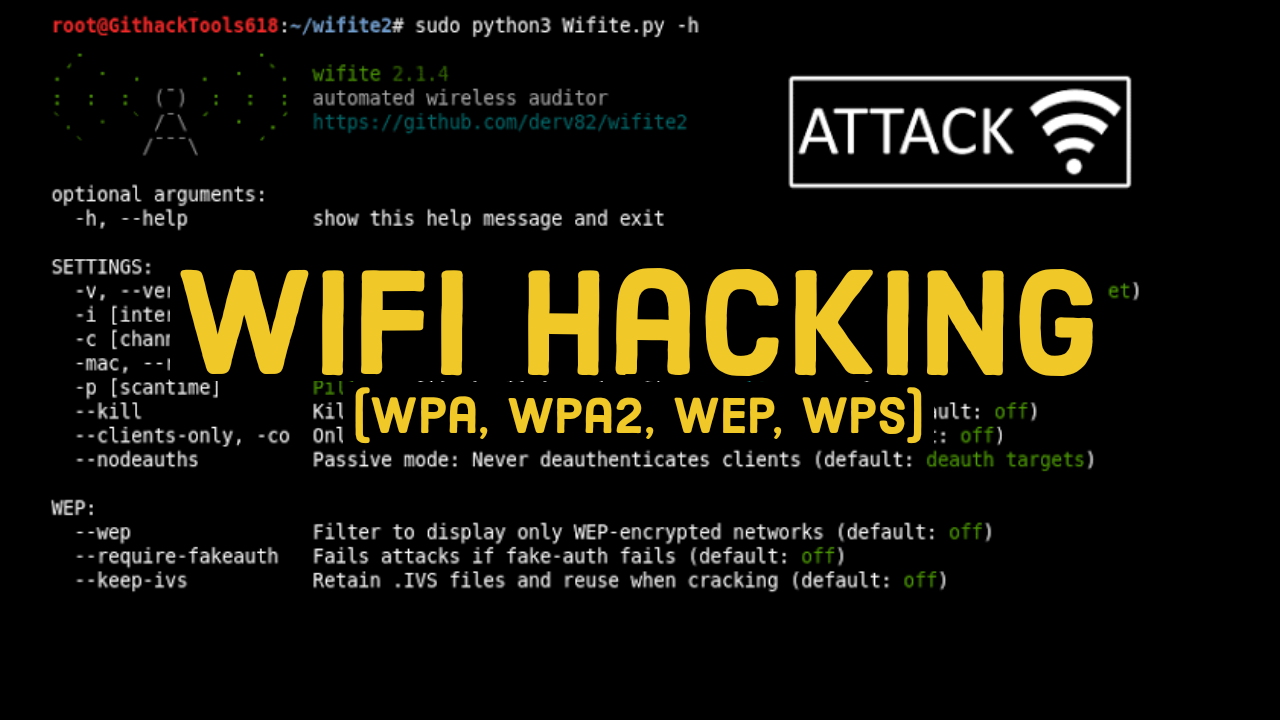 In this tutorial, we will introduce you to wifi hacking automation tool called wifite. it is an helpful tool to automate wifi hacking against multiple WEP, WPA, WPS encrypted networks at the same time.

aircrack-ng suite is required for the tool. However tools like tshark, coWPAatty, reaver, bully, pyrit are also recommended for better performance.

The sudo ./Wifite.py --help will print the help menu.

At last, it will show you the password. Similarly wifite is able to hack other encryptions like WEP, WPS also.

Wifite is an automated wireless attack tool. Hackers can combine wifi attacks together for increased efficiency with wifite tool. It aims to be the “set it and forget it” wireless auditing tool.

I’m here to share what I know, and as always I hope you will make correction where I’m wrong, because it is from mistakes that we learn. Happy hacking …😊